In affectionate remembrance of
THOMAS CURETON,
OF WATERS-UPTON,
who died March 29th 1877,
Aged 74 years.
Also ELIZABETH, WIFE OF THE
ABOVE, who died the same day,
March 29th 1877, aged 76 years.
IN LIFE THEY WERE [UNITED?]
IN DEATH THEY ARE [NOT DIVIDED?] 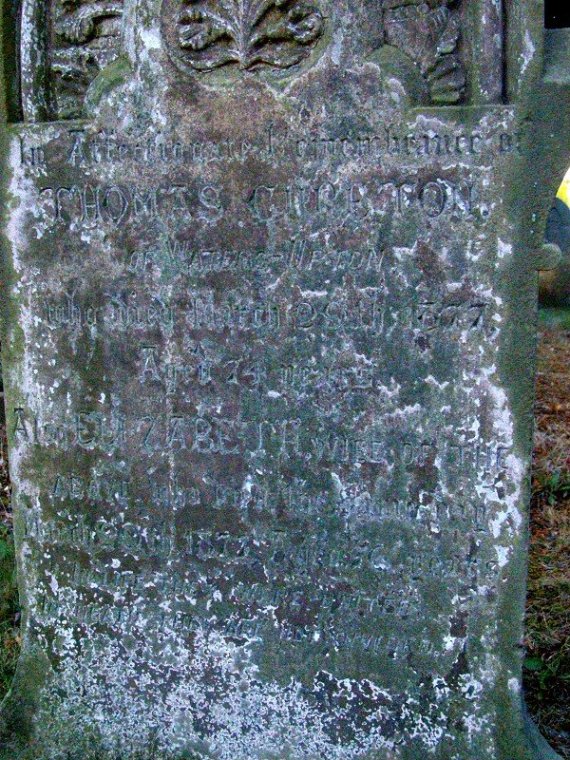 The 1871 census shows Thomas Cureton and his wife Elizabeth living at Waters Upton with their daughter and son-in-law, Sarah and William Abraham Richard Ball.

The will of Thomas Cureton, of Waters Upton, a coachman, who died at Waters Upton, was proved at Shrewsbury on 17 Apr 1877 by his sons John Cureton of Shirley, near Birmingham, a gardener, and Richard Cureton of Dodsworth, near Barnsley, Yorkshire, a station master.